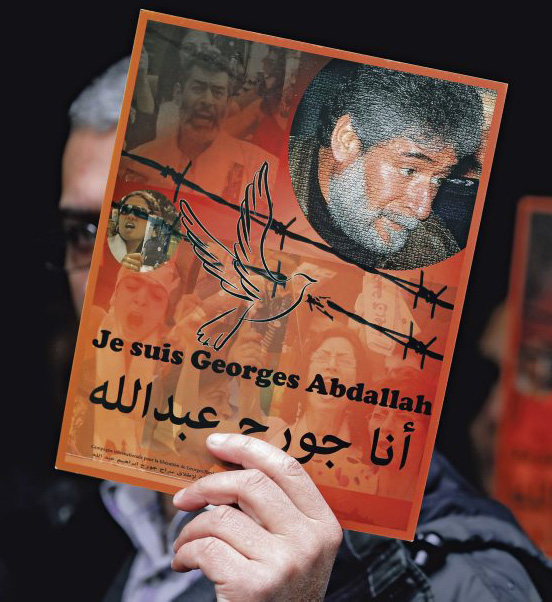 TOPSHOTS A supporter of Lebanese militant Georges Ibrahim Abdallah shows a placard during a protest outside the French embassy in Beirut demanding his release on February 20, 2015. Abdallah, is imprisoned for 28 years in France for complicity in the murder of two diplomats in Paris in 1982. AFP PHOTO/JOSEPH EID